New York City is once again demonstrating its resiliency. Office workers are returning, the workforce is growing, tourists are back, lunch hour lines are forming outside eateries, and trains and buses are filling up. The first half of the year the city saw $22.1 billion in investment sales, slightly lower than the last six months of 2021 but significantly higher than all of 2020 and 1H 2021.

It feels like 2019 again except for several significant threats—inflation, which rose to 8.3% in August, interest rates, which the Fed keeps raising, most recently by .75% to 3.25%, and the possibility of a recession.

In this volatile environment, we’re still seeing many positive trends but have also identified a few areas we’re keeping an eye on.

Investor demand has remained strong for free market multifamily buildings this year as the asset class accounted for 75% of the $8.9 billion in multifamily buildings sold in 1H 2022. The return of renters who left during the pandemic combined with a lack of new supply has created a perfect storm, resulting in record high rents. From July 2021 to July 2022, average rents in Manhattan rose 27.50% to $5,113; average rents in Brooklyn rose 16.8% to $3,883; and average rents in Northwest Queens rose 11.5% to $3,426. New York City’s current multifamily yield (capitalization rate) exceeded the average in major markets nationwide, which is prompting investors like Gaia Real Estate to sell in other states and invest here. In addition, the average multifamily building in New York City (as measured by the price per square foot) is still lower compared to 2019.

Our Investment Sales and Capital Services Groups indicate that free market apartment buildings will remain extremely attractive for the foreseeable future even though the cost of debt, which has gone up considerably, presents a new challenge. The long-term supply constraint for apartments in New York City (a projected deficit of 560,000 units of housing by 2030) and rent growth puts these assets in the forefront as a viable long-term inflation hedge.

Institutions have remained bullish on New York City this year, a trend exemplified by the Blackstone Group’s acquisition of the residential condo portion of 8 Spruce for $930 million; Black Spruce’s purchase of the American Copper Buildings for $837 million; and the $245 million acquisition of an apartment building at 160 West 24th Street by CBRE’s investment arm. Also this year, A&E Real Estate Holdings acquired two Upper West Side multifamily properties—a fully free-market, mixed-use, elevator building at 160 Riverside Boulevard for $415 million, and a multifamily property with an expiring 421a tax exemption at 140 Riverside Boulevard for $265.5 million. In addition, Dalan Management and investment firm KKR closed on two Brooklyn properties—a recently completed apartment building at 260 Gold Street for $225 million, and a mixed-use elevator building with a 25-year 421a tax exemption at 80 Dekalb Avenue for $190 million. Finally, a partnership between New York-based investment firm Stonehenge NYC and San Francisco-based Stockbridge Capital Group purchased The Cole, a 163-unit apartment building at 354 E. 91st Street for $128.2 million. Institutions aren’t just acquiring large properties, however, but investing in smaller properties too. The Carlyle Group, for example, has been buying up buildings with 10 units and under in the outer boroughs through an affiliate and recently refinanced a loan for 39 properties in Brooklyn and Queens for $500 million.

Institutional investors such as CBRE Investment Management, Morgan Stanley, Blackstone and Brookfield also contributed to record investments in industrial/warehouse assets in Brooklyn, Queens and the Bronx in the first half of the year.

New York City has seen a significant increase in the number of visitors in recent months with tourism expected to increase to 56.7 million in 2022 and reach 63.7 million in 2023, according to the city’s tourism bureau. New York City hosted 66.6 million visitors in 2019. Foot traffic in Times Square rose to 352,862 in September, just 7% lower than the peak day in 2019; Manhattan hotel occupancy reached 85.6%, slightly below September 2019, and room rates averaged $356, up 29% from a year ago.

The hospitality sector has accounted for much of the city’s strong employment growth; over 150,000 of the 289,500 jobs gained in the year ending August 2022 were jobs catering to tourists.

The LIRR expansion to Grand Central will increase train capacity by 50% and bring approximately 160,000 commuters to Midtown, which is expected to provide an economic boost to the area’s office and retail sector.

New York City is suffering from an acute housing shortage with a projected need for 560,000 new units by 2030, according to a Real Estate Board of New York commissioned study. Unfortunately, one of the main tools to offset the city’s high construction and operating costs (including property taxes), the 421a tax abatement, expired in June and wasn’t renewed by the NY State Legislature. Development site sales surged in 1Q 2022 as developers sought to qualify for the 421a program before its sunset. Many of the qualified projects are in Gowanus, a former industrial neighborhood of Brooklyn that was rezoned for residential use in 2021, which could see the construction of up to 8,500 new units of housing.

The rising cost of supplies, labor and debt will challenge the development sector, even for developers with 421a eligible projects.

The office sector is showing signs of recovering but it isn’t there yet. By mid-September 2022, 49% of Manhattan’s office workers had returned to the office, up from 38% in April; the office vacancy rate fell to 15.4% in the third quarter; New York City gained 289,500 jobs in the year ending August 2022, raising the city’s jobs number to over 4.5 million, but still 133,600 below February 2020; subway ridership rose to 3.7 million commuters in mid-September, 63% of the pre-pandemic level; bridge and tunnel traffic has been consistently higher than 2019; and several office to residential conversions have been announced. Big tech has been among the biggest players in the office market with Google investing $2.1 billion to purchase St. John’s Terminal earlier this year, a “ground scraper” in SoHo, and Amazon acquiring the historic Lord & Taylor Building from WeWork for $978 million in 2020. Other tech giants are leasing large spaces including Meta (730,000 square feet at the Farley Post Office building), Roku (240,000 square feet at 5 Times Square), and Microsoft (150,000 square feet at 122 Fifth Avenue). Overall, the office market has been experiencing a flight to quality, which is enabling owners of Class A new construction towers to charge premium rents, while many owners of Class B and C buildings are adjusting to the hybrid environment by offering tenants more flexible options.

Older office buildings that have lost major tenants and need substantial capital improvements will be the most vulnerable in the next 12 months.

Political Environment Due for Reset

Mayor Eric Adams unveiled an affordable housing plan that will be supported by his “City of Yes” rezoning initiatives. He lobbied to find a successor to the 421a tax abatement and will hopefully gain allies in the State Legislature to push this public/private initiative forward. Most recently, the mayor announced plans to issue approximately $400 million of taxable general obligation social bonds with proceeds earmarked to support more than 3,000 units of affordable housing. While other public officials haven’t been as supportive of the real estate industry, there are hopeful signs that this may be changing. Some tenant advocates and representatives are beginning to understand that the Housing Stability and Tenant Protection Act (HSTPA) of 2019, which imposed new regulations on rent stabilized buildings, is hurting both landlords and tenants and should be amended. Also, one of the most progressive city council members recently endorsed rezoning an industrial site in Queens to allow the construction of a new 1,400-unit development, a refreshing change considering many other members have blocked new residential developments in their districts.

Mayor Adams is a big plus to the city and we are hopeful that more elected officials will become receptive to working with the real estate industry to help solve the city’s housing shortage. The upcoming November elections will tell us more about that.

New York City Continues to Offer the Opportunity to Thrive

The risk of tipping into recession is higher now than it was six months ago and when combined with inflation and interest rate hikes, there is more uncertainty in the real estate market today.

However, real estate is typically considered a safer investment and is positioned to weather the uncertainty relatively well, a view shared by the institutional investors that are making significant acquisitions throughout New York City. Public investment in local transportation initiatives, the resurgence of tourism, rising jobs numbers and an improving office sector also are indicative that the city is on the upswing.

The political risk is far from being over but we believe that the city has hit a tipping point and is starting to shift into a more pro-business mindset. As a result, we’re hopeful that a compromise will be reached with elected officials to create incentives to develop enough housing to meet the projected need of 560,000 new units by 2030.

We see these local indicators as evidence that New York City will continue to offer opportunities for investment and growth and thrive in spite of the headwinds facing the economy today. 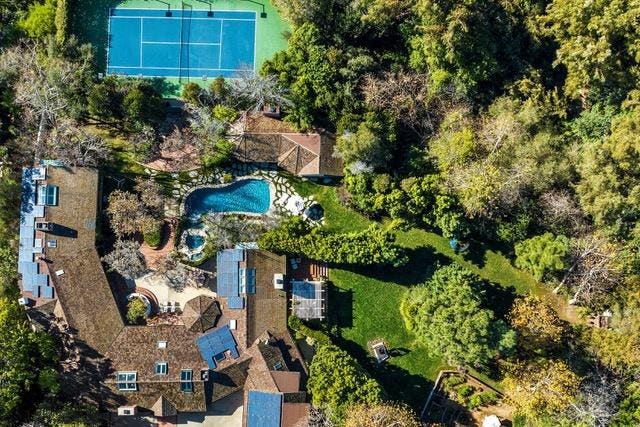 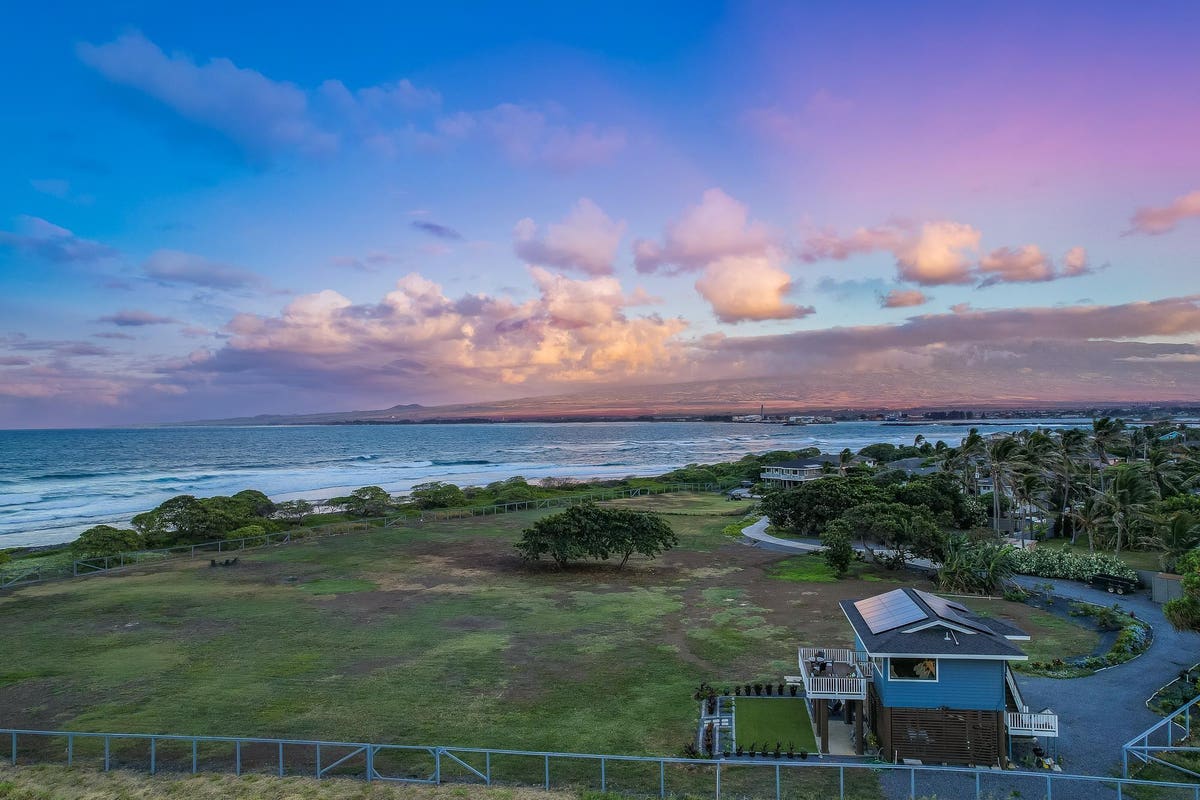