A combination of rising interest rates, high home values and limited inventory has been squeezing prospective homebuyers — and perhaps few know that as well as Juan Espinoza does.

The 23-year-old resident of Santa Ana, California, has been on a three-year search for a dwelling that’s within the family budget that includes the four in his own family — and his parents.

“We live in an apartment right now, just waiting for the market to come down a little bit,” Espinoza said. “We’ve been outbid so many times I’ve lost track of how many houses we saw.”

The family is facing two trends that have made the search especially difficult. The first is that home prices, even as they are beginning to cool, have jumped sharply in the past year. And the Espinozas have been searching in Orange County where the median home price was $987,950 during the third quarter, up 11% from the year-earlier period, according to ATTOM Data.

The second is that the Espinozas are among the millions of people with multiple generations residing under one roof. In March 2021, there were 59.7 million U.S. residents in that living arrangement, up from 14.5 million in 1971, according to Pew Research.

Mortgage rates have also surged as the Federal Reserve tightens monetary policy to curb inflationary pressures not seen in about 40 years. The rate on a 30-year fixed mortgage reached 6.66% on Oct. 6 according to Freddie Mac. It was 2.99% on Oct. 7, 2021.

“We’re going to make them homeowners, but the interest rates have gone up, and their purchasing power has gone down,” said Imelda Manzo, a Murrieta, California-based realtor who has been working on finding new housing for the Espinozas.

Families of color are more likely to share a home with multiple generations, Pew found. Roughly a quarter of Asian, Black and Hispanic Americans each lived in multigenerational households in 2021, compared to 13% of those who are white.

Residing with relatives can offer advantages: More family members residing under one roof means you can pool multiple streams of income, for instance. And in households with young children, grandparents can pitch in with child care.

“But being a larger multigenerational family comes with complications if you’re trying to be a homeowner,” he said.

For instance, it can be harder for them to qualify for a mortgage, even if they bring multiple streams of income to the table. “The perception is that those aren’t permanent scenarios, so the instinct of the underwriter is to look at everything else more aggressively,” Acosta said.

Larger families also have needs to meet as they search for their dwellings, which make it hard to find the ideal home when inventory is tight. “It’s not just square footage, but do you have a yard, more bedrooms,” Acosta said. “You want more utility.”

“Work-at-home growth pushed homebuyers to the suburbs and toward homes with more utility, such as extra bedrooms that can be used as a home office,” Acosta said. Institutional buyers have also rushed into affordable neighborhoods to snap up homes, he added. Indeed, a May report from the National Association of Realtors found that in 2021 the institutional buyer market share rose in 84% of states, as well as in the District of Columbia.

For the Espinoza family, the ideal home would have at least three bedrooms, a backyard and proximity to employment and schools in Santa Ana.

These issues are also compounded by the fact that first-time homebuyers like the Espinozas have been facing fierce competition from all-cash buyers.

“We would get counteroffers,” said Manzo. “[Sellers] would ask for highest and best within a deadline.”

Aggressive bidders are also willing to up the ante to buy a home, including waiving inspections and appraisal contingencies, she said. And others just bring more cash to the table.

In one situation, the family lost their bid on a home to another buyer who was willing to pay $125,000 over asking, Manzo added.

Last year, Democratic California Gov. Gavin Newsom signed the California Housing Opportunity and More Efficiency Act into law. The measure streamlines the process for homeowners to split their residential lot or build a duplex onto their property.

The law also makes it easier for homeowners to build accessory dwelling units onto their property, said Acosta, which can also help accommodate multigenerational households.

“These additional units are typically called granny flats and can be used as an extra bedroom or it can be a small apartment inside of another property, so it increases density,” he said.

Another piece of proposed legislation in New Jersey would permit buyers bidding on foreclosed homes to make a down payment of 3.5%, provided they make that property their primary residence for at least seven years. Normally, buyers of these foreclosed properties would have to put down a deposit of 20%.

For the Espinoza family, the next steps are to wait for the market to cool sufficiently — and to keep an eye on interest rates, even as the Fed continues its policy-tightening regime.

“We’ve started to see some sellers are doing price reductions on their listing; they’re not selling the way they were six months ago,” Manzo said. “We’re in a waiting period right now, but we’ll continue to look and see what happens toward the end of the year.” 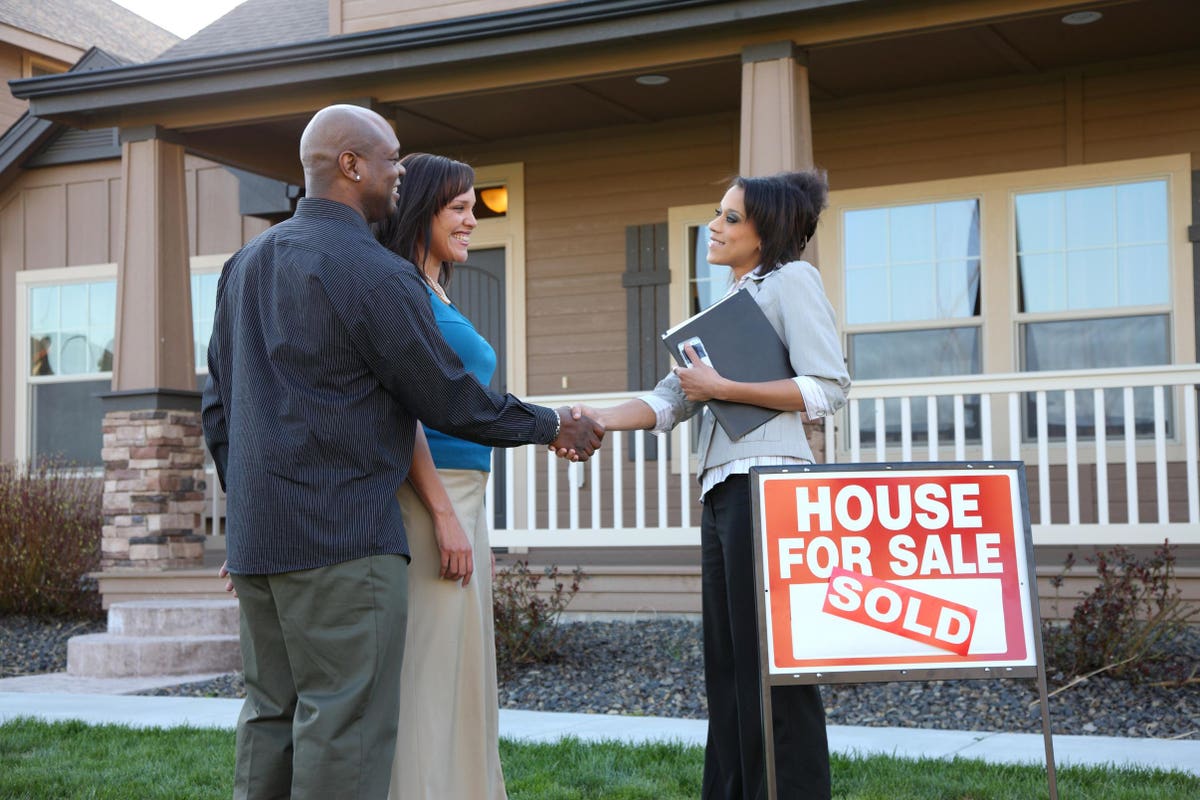 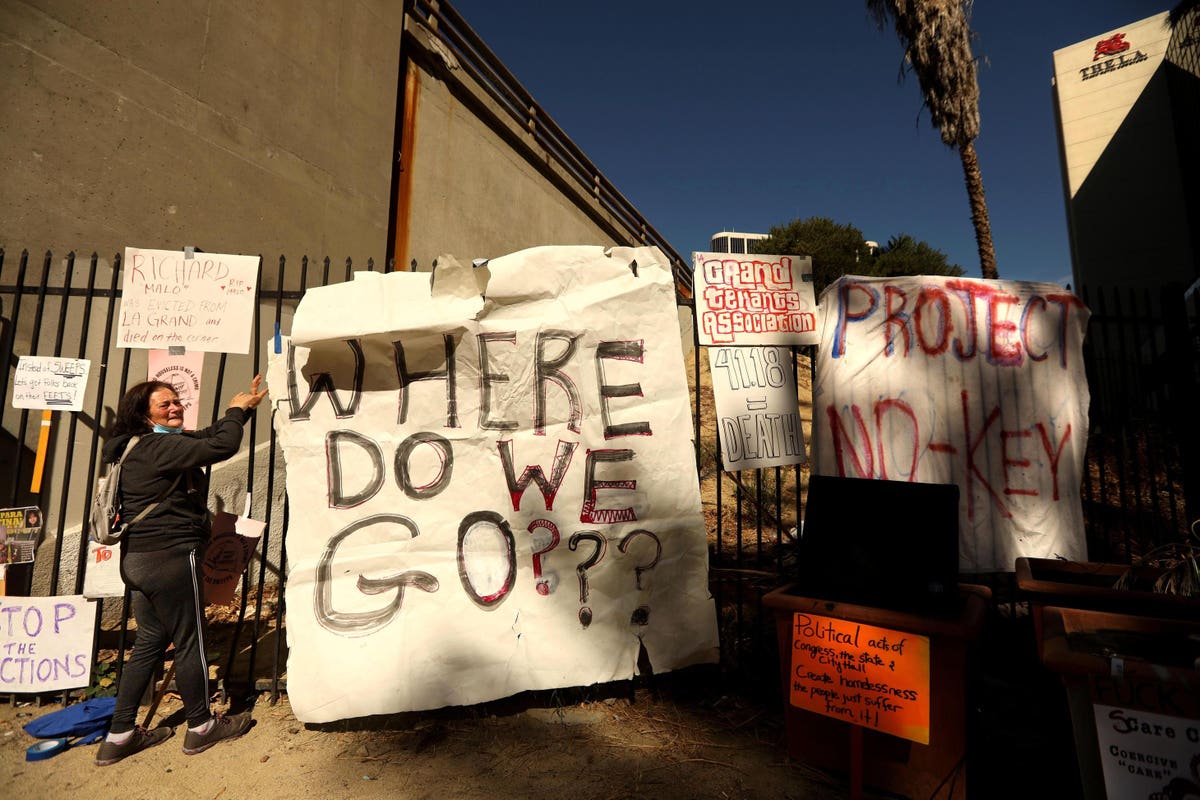 Why The Renters Bill Of Rights Won’t Help Much

Why White House Actions To Protect Renters Won’t Help Much