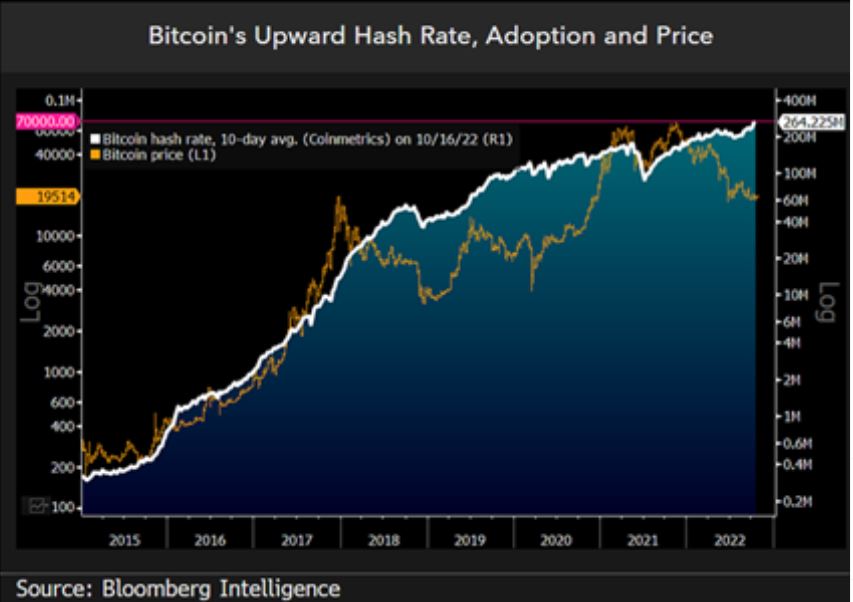 “It’s little surprise that a relatively new asset that had skyrocketed has declined due to the rapid pace of Federal Reserve tightening in 2022, but Bitcoin is showing signs of bottoming and divergent strength in 4Q,” he explained.

Previously, the Bloomberg analyst has suggested that BTC is a “wild card,” which is “ripe” to outperform once traditional stocks finally bottom out, and predicted that BTC had the potential to reach $100K in 2022 as the digital currency completes its transition from a risk-on to a risk-off asset.