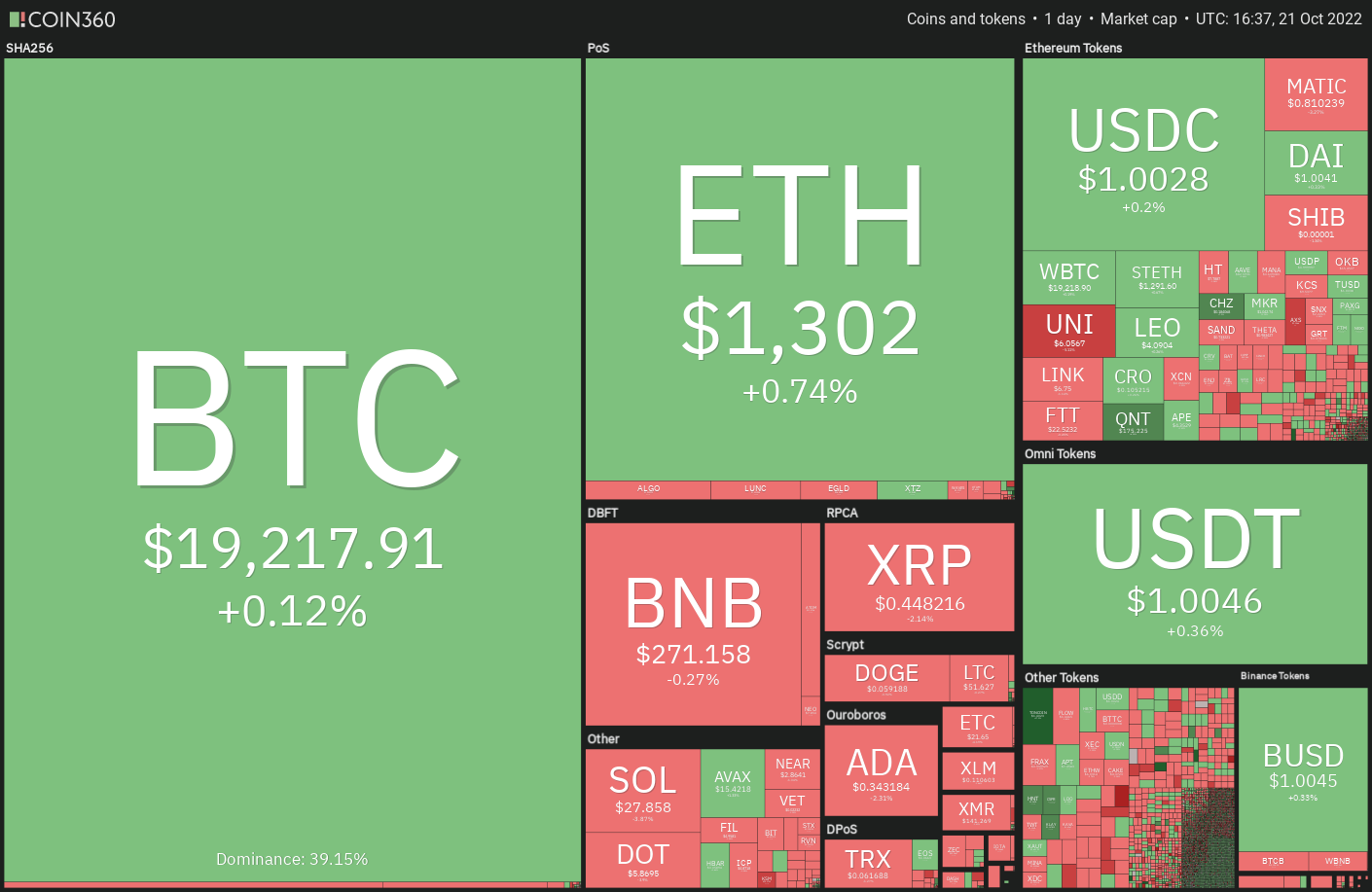 The 10-year Treasury yield in the United States rose to its highest level since 2008. Although this type of rally is usually negative for risky assets, the U.S. stock markets recovered ground after the Wall Street Journal reported that some

Solana (SOL) dropped below the $29.42 support on Oct. 19, indicating increased selling pressure from the bears. The selling continued and the $27.87 support was taken out on Oct. 21. This clears the path for a retest of the crucial support at $26.

The downsloping moving averages and the RSI in the negative territory indicate that bears are in control. If the SOL/USDT pair does not rebound sharply off $26, the possibility of a break below it increases. The pair could then decline to the next support at $22.

Contrary to this assumption, if the price turns up from the current level or $26 and breaks above $30, it will signal accumulation at lower levels. The bullish momentum could pick up in the near term after the pair breaks above the 50-day SMA ($32.28).

Attempts by the bulls to push Dogecoin (DOGE) above the moving averages have met with significant resistance from the bears. The sellers will now try to sink the price to the support near $0.06.

The downsloping 20-day EMA ($0.06) and the RSI below 45 suggest that bears have the upper hand. If sellers sink the price below the support, the DOGE/USDT pair could plunge to the June low near $0.05. The bulls will have to defend this level with all their might because if the support cracks, the pair could start the next leg of the downtrend.

If bulls want to prevent a collapse, they will have to quickly push the price above the moving averages. The pair could then rise to $0.07 where the bears may again mount a strong resistance.

If the price sustains below the moving averages, the likelihood of a drop to the $0.71 to $0.69 support zone increases.

If the price rebounds off this zone, it will suggest that the MATIC/USDT pair may consolidate in a tighter range between $0.69 and $0.88 for a few days. The flattish moving averages and the RSI just below the midpoint also suggests a consolidation in the near term.

On the other hand, if the price quickly reverses direction and breaks above $0.88, it will suggest a change in sentiment from selling on rallies to buying on dips. The pair could then climb to $0.94 and later to $1.05.